A coveted trench coat –  most of us either have it or crave it. It has been a staple of style and elegance for many women (and men) around the globe for decades. Merriam-Webster dictionary defines it as a “double-breasted raincoat with deep pockets, wide belt, and often straps on the shoulders”. But how many of you know that this particular garment made its way into our wardrobes from the actual trenches of World War I?

In 1879 Thomas Burberry invented fabric called “gabardine”, which was light yet waterproof. It was meant to replace the rubberized cotton that’s been used by the British Army for their long Macintosh-type coats that protected soldiers in extreme conditions. Rubberized cotton was heavy and unbreathable and the front line forces were in dire need of something lighter and more versatile, which Burberry and another company, Aquascutum, made possible before World War I. The new coat ended up being the outwear of choice of all British officers and then slowly started gaining popularity among civilians after the war ended.

The trench trend really took off when it became a favorite with Hollywood actors making it a desired coat of many.  Humphrey Bogart in Casablanca, later Audrey Hepburn in Breakfast at Tiffany’s and plenty of other actors brought a trench to the silver screens making it a modern classic of many generations, including ours in the 21st century.

So let’s wish the  trench coat many more years of long and prosperous life on major fashion catwalks as well as on the streets among us! 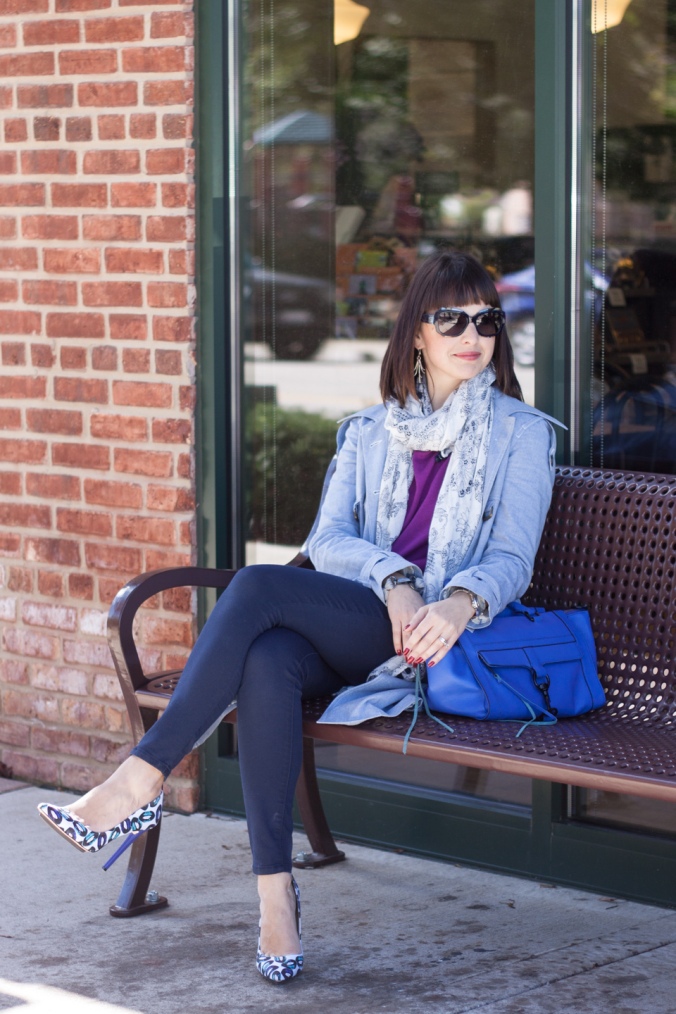 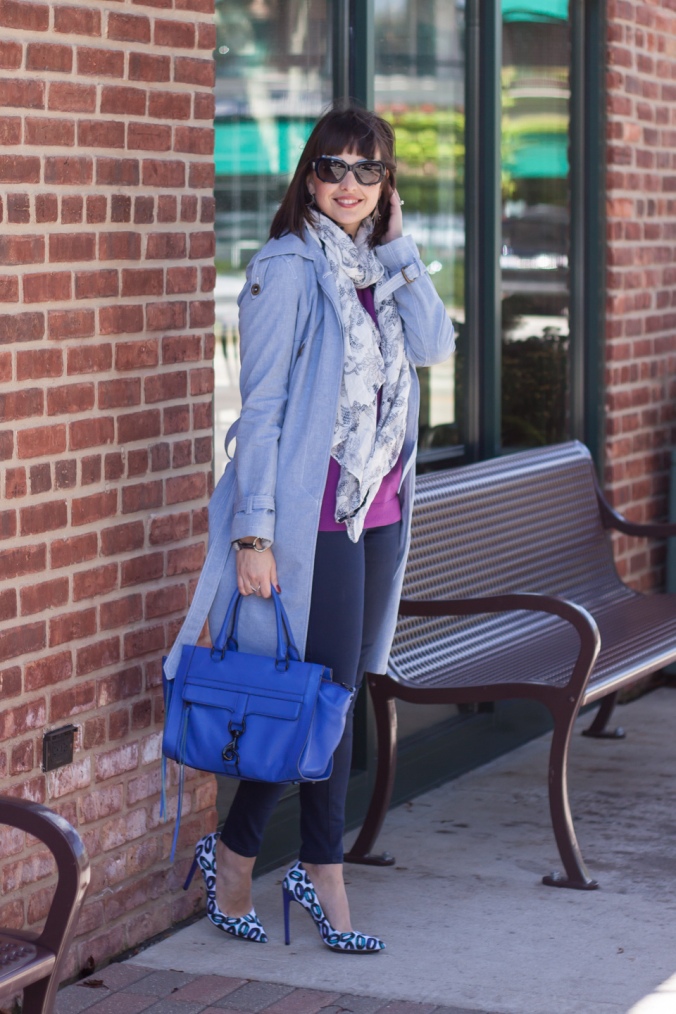 Outfit details:
Trench Coat – the one I’m wearing is an oldie (not a 100 yet, but half a decade, for sure).
Similar light blue trench, and few hundred more options on Yoox and in Nordstrom
Sweater – love this purple batwing style
Scarf – very similar black&white infinity scarf
Coated Skinny Jeans – here and here
Heels – awesome pair from GX By Gwen Stefani
Rebecca Minkoff Handbag – same style or same cobalt blue from Ash
Tory Burch Sunglasses in navy